Back to the overview!
Previous | Next

We are happy to have Claudio Del Principe on board!

Del Principe & Roethlisberger are an artist duo that have been collaborating since 2004. Their focus is on sculpture, installation and intervention with different medias.

The Hallimasch:
The Hallimasch (Armillaria Ostoyae) is known to be one of the largest organism on our planet. Clones of the mushroom are linked over hundreds of kilometers below the soil and are over 2500 years old.

The HALLIMASCH sculpture by Del Principe & Roethlisberger is a fluorescent web, made of 10000 meters of rubber cords.

The mataphor is the human live itself, somehow linked in a enormous network too. One thing provoke another and will therefore have impact on body, soul and mind.

There is no possibility to go through live in a straight line without taking obstacles or avoid them. Sometimes the pass is blocked by desease, relationship or absence of resources. But then, isles of restore can be found in the midst of the network, like persons who offer their help, medical cure or simply cash.

The first HALLIMASCH exposed 2005 in a 300 m2 room featured an ostheopat with his treatment couch in the center of the network. Visitors who wanted to be treated by the therapist had to cross the installation. Once they reached the "isle" the ostheopat balanced their bodily functions.

For the second show in 2005 the sculpture were installed in a wood. Inside the fluorescent web visitors would hear relaxing jazz moods.

In 2007, HALLIMASCH was supposed to be exposed outside the musee des beaux arts in Mulhouse (F). Unfortunatly, during the erection of the artwork, the tension of the rubber cords ripped a 19th century lantern to the ground. Immediatly the installation were suspended by the administration.

This led the HALLIMASCH to a new conclusion: There are projects in your life who, under certain circumstances, cannot be realized - and therefore you have to "bury" the project. And this is what lead to a completely other performance of the HALLIMASCH: a funeral in front of the museum. 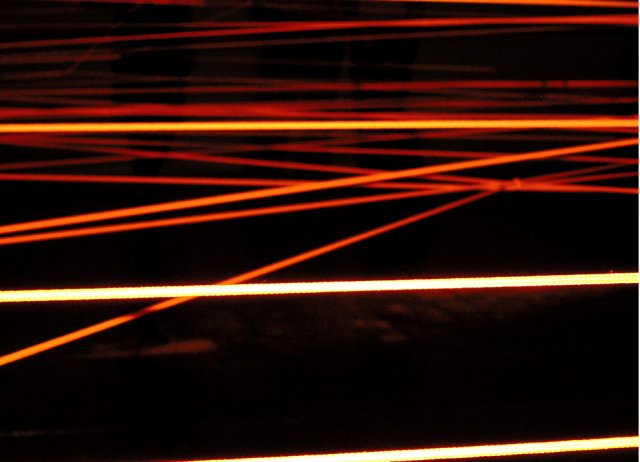 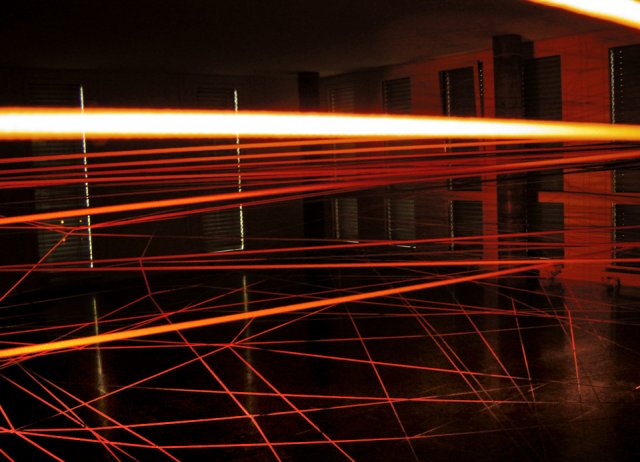 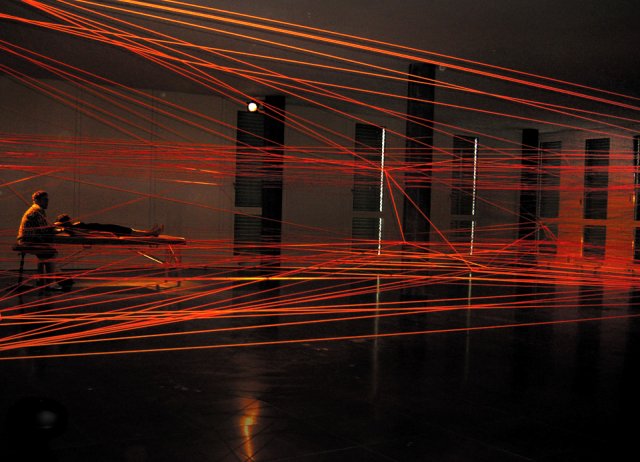 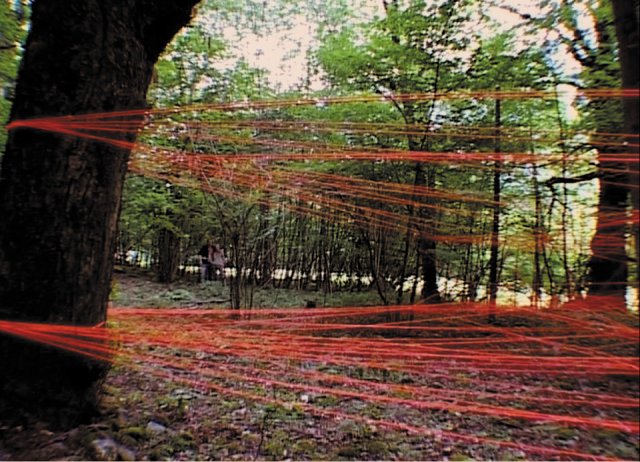 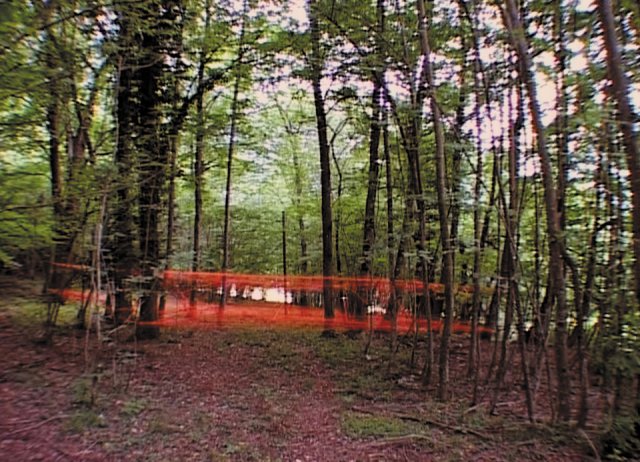 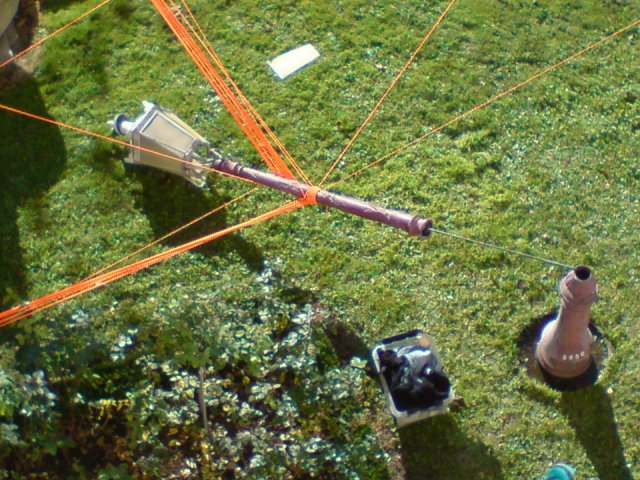 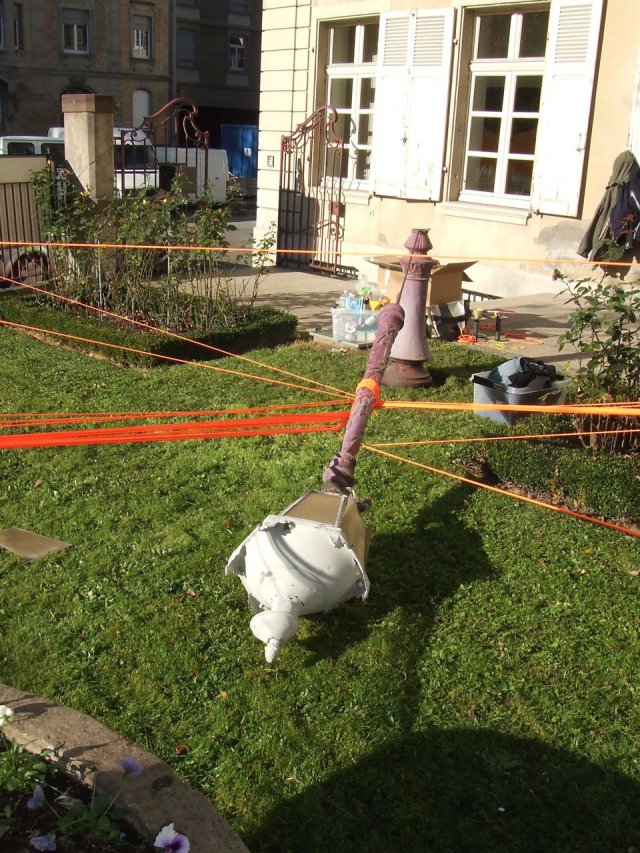 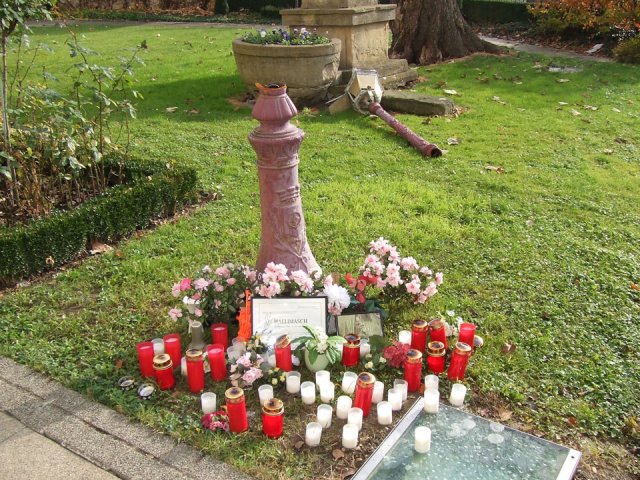